On January 22, 2018, police were contacted by State Bank of Southern Utah regarding Fraud. Several accounts had been accessed via the ATM machine. The suspect in this case appears to have a card and uses the ATM to with draw money. He has defrauded several bank branches in the Washington county area, via their ATM’s. The suspect is described as a white male in his 40’s, wearing glasses and a gray ball cap. He is driving a red early 2000’s Ford F150 pick-up truck. The truck grill appears to be black with no emblem on it and no front license. If you have any details on who this suspect is, where he is or other possible crimes committed by similar means, please contact the Santa Clara- Ivins Police Department (435)652-1122 or the Washington County Sheriff’s Office dispatch (435)634-5730. Reference case #18SCI0259. 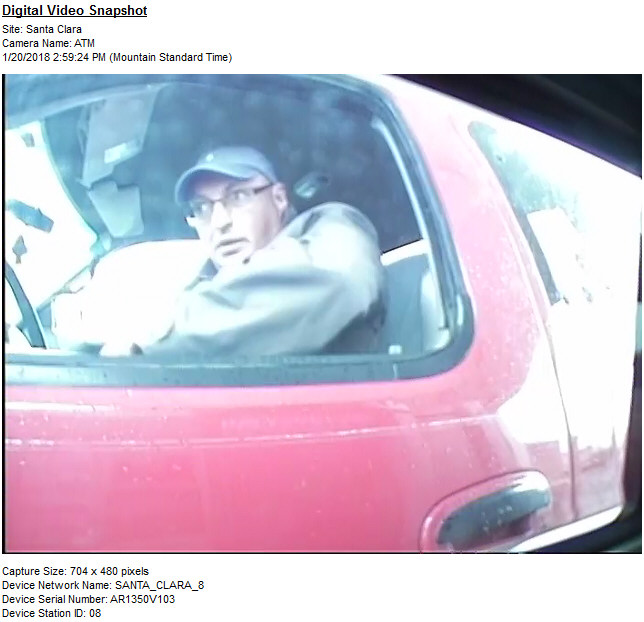 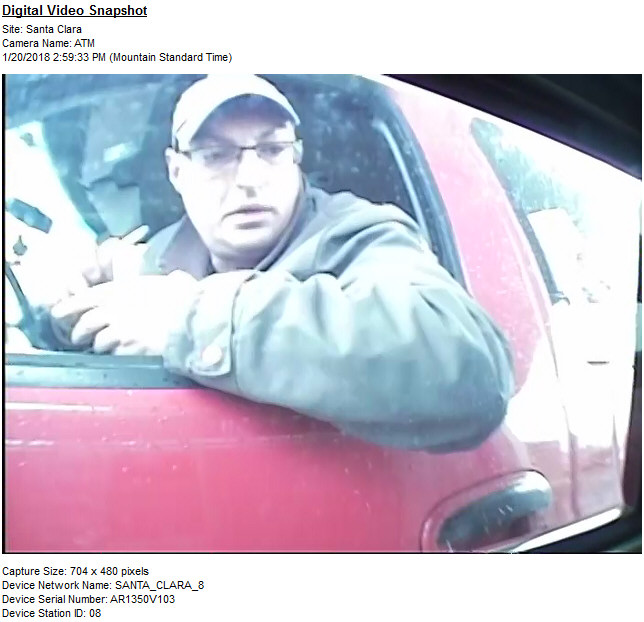