On October 20th 2020 Sergeant Darrell Cashin spoke with a local media outlet regarding our agency’s involvement in Zion National Park’s missing person investigation of hiker, Holly Courtier.  During the interview, Sergeant Cashin commented on circumstances of Courtier’s recovery which were not consistent with our training and experience.  These inconsistencies raised some questions as to the authenticity of the events as reported to law enforcement.  In response to numerous media inquiries, the Washington County Sheriff’s Office stands behind the observations and statements made by Sergeant Cashin.  However. we feel it is important to clarify that we stand by our initial release that we were only involved in a consultation role.  We fully support the findings of the National Park Service investigation and believe their investigation into the incident was thorough and well executed.

Sergeant Cashin’s comments, along with national media coverage, led to many additional questions and theories regarding the incident.  Numerous tips have been received indicating the incident was possibly conceived and carried out as part of a plan to fraudulently generate money to a GoFundMe account for Courtier’s recovery.

Despite the thorough investigation conducted by the National Park Service, Utah State Code does not grant them the authority to investigate violations of Utah law.  Based on our local authority and jurisdiction, the Sheriff’s Office had an obligation to the public to investigate the criminal allegations which were being presented.

At this point in the investigation, there has been no evidence to support the theory that the incident was committed intentionally as an effort to achieve financial gain.  However, we ask that any credible information submitted is based on tangible leads, and/or evidence which can be shared with investigators.  Tips regarding this case should be submitted to tips@washeriff.net

The Sheriff’s Office would like to apologize for our delayed response regarding our involvement in the Courtier missing persons investigation conducted by Zion National Park.  Over a 24 hour period we attempted to post the information to our social media page on Facebook, but were denied access citing a “violation of community standards.”  After a day of attempted appeals, it was decided to post the release here for availability to both the press and public.

We have received many requests for comment regarding our involvement in the Courtier Missing Persons investigation. The Washington County Sheriff’s Office was contacted by Zion National Park officials in consultation regarding the Courtier Missing Persons investigation and subsequent Search and Rescue Operation. In an effort to ensure all investigative efforts had been covered and possibly provide additional insight, a case review was requested by Zion National Park Rangers.

On October 15th and 16th a Sheriff’s Office investigator and Search and Rescue representative reviewed the investigation. It was our finding that the investigative methods were consistent with Sheriff’s Office investigative practices and no further action was recommended. Based on these findings we remained available for assistance should the National Park Service make the request. This was the extent of our involvement regarding the case and all further media inquiries should be directed Zion National Park.

As our state begins to loosen the restrictions associated with the COVID-19 pandemic, Washington County has seen a dramatic increase in outdoor recreation activities.  In addition to the increased number of hikers and visitors to our state and local parks, we have seen an increase in the use of recreational vehicles throughout our communities.  During recent interactions we have found there was an opportunity to educate the community regarding laws governing the operation of both “Street Legal” and traditional Off-Highway Vehicles (OHVs).  Based where and what equipment you are operating, the rules and laws likely vary.  It is your responsibility as the operator to know and follow the local regulations.  In this article we will attempt to cover some of the most common questions.

END_OF_DOCUMENT_TOKEN_TO_BE_REPLACED

During recent times our community has been forced to adapt to changes resulting from the Covid-19 Pandemic. The Sheriff’s Office has also adapted to better serve the members of our community, while doing our best to follow CDC guidelines. Unfortunately Covid-19 has not completely deterred criminal activity. In order to accommodate police reports which do not require the physical presence of a deputy, we have introduced our online reporting system. For more information, visit our web page to learn what types of incidents can be reported online from the safety of your home.https://news.washeriff.net/public-services/wcso-online-reporting/

Moderated fire danger indices and improved weather conditions have resulted in reduced wildfire hazard. As a result, all fire restrictions set in place on Monday, July 2, 2018 within the areas described below are rescinded beginning July 19, 2018 at 0001 hours. Restrictions outlined below that were put in place on June 1, 2018 are still in effect for the affected areas.

END_OF_DOCUMENT_TOKEN_TO_BE_REPLACED 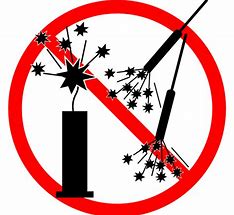 Firefighters in Washington County are still battling the West Valley Fire (Pine Mountain) as Independence Day quickly approaches.  The lack of moisture has created extremely dry conditions in Southwest Utah.  In order to further prevent the ignition of forest and rangeland fires, a fire restriction order has been issued by the Utah State Forester.  The order addresses All unincorporated private and all state lands within Beaver, Garfield, Iron, Kane and Washington Counties.  This order does not affect private lands within incorporated towns or city limits. END_OF_DOCUMENT_TOKEN_TO_BE_REPLACED

The Washington County Sheriff’s Office has received the following update regarding the active wildfire known as the West Valley Fire near Pine Valley.  Please review the following information before heading to the area for recreational purposes.  We would also like to remind the public that restrictions will be in place for the operation of unmanned aircraft (drones) throughout the operation.  Violations may include jail and /or fines. 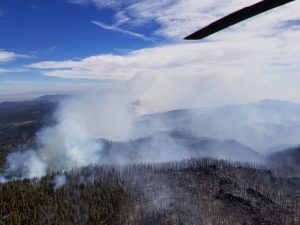