On April 30th, the Washington County Sheriff’s Office hosted a ceremony to recognize a number of their employees. During the ceremony, which was conducted in front of a large crowd of friends, family and co-workers, Sheriff Cory Pulsipher promoted five supervisors, recognized our most recent Employee of the Quarter and swore in our newest certified deputy.

Sergeant Nate Brooksby and Sergeant John Zwahlen were both promoted to the rank of Lieutenant, while Deputy Brock Bentley, Deputy Andrew Jacobsen and Deputy Sean Sparks were all promoted to the rank of Sergeant. Also, Deputy Darren Richmond was recognized as the Sheriff’s Office’s most recent Employee of the Quarter for his services as a Patrol deputy from January through March. Finally, Deputy Ross Fackler was officially sworn in as a certified deputy. 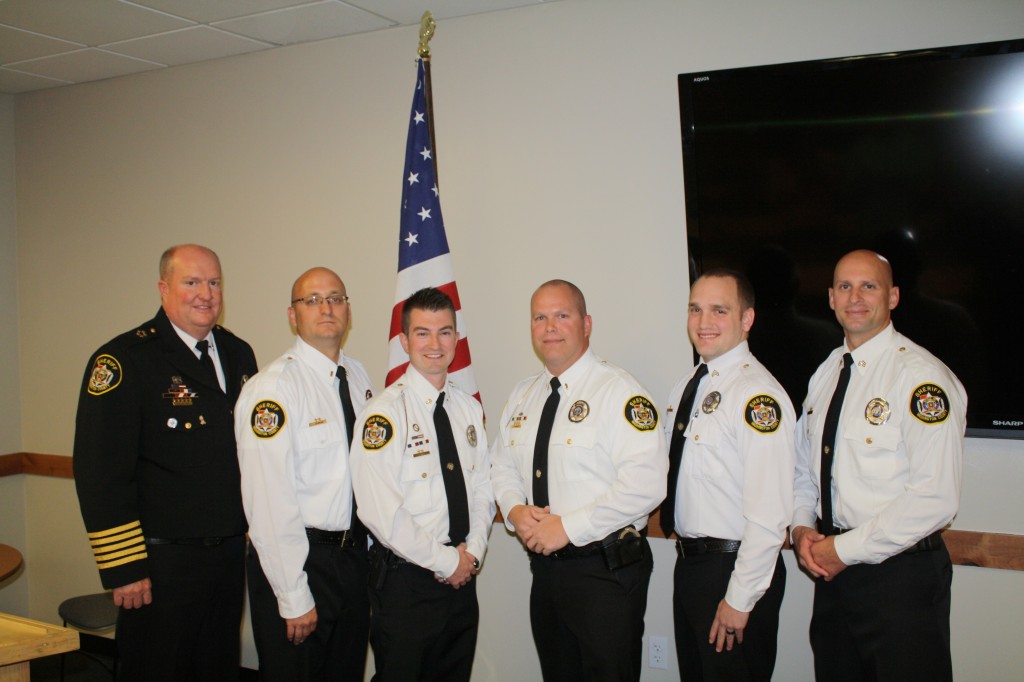